San Lorenzo in The Nineteenth Century brought men to California who found more value in the rich farmlands of Alameda County then in the soils of the Sierra. In the 1850’s many squatters lived along the creek banks that they were known as Squattersville. Later after California became a state in 1850, they were renamed to San Lorenzo by 1853.

During WWII the large fields of San Lorenzo’s farms provided ample open-space for the development of much-needed housing tracts as the vast shipyards in Oakland and Alameda were enlarged and operated around the clock in support of the war effort.

David D. Bohannon, president of the Bohannon Organization, set out to build a planned model community called San Lorenzo Village on the former site of the H.T. Smyth farmstead. You will know you are in the San Lorenzo Village when you notice a majority of the streets have “Via” as part of their name (“Via Primero,” etc.). The boundaries run between Bockman Road and San Lorenzo Creek, to Meekland and the railroad tracks.

The San Lorenzo Village community was the largest home development ever insured by the Federal Housing Agency. The Bohannon organization built 3 bedroom homes at a rate of one or more per hour and were purchased at the price of $5,590. Mr Bohannon also built the shopping center, the San Lorenzo theater, restaurants, and post office. On April 1854 the federal government accepted San Lorenzo as a postal station with Albert E. Crane who became the first postmaster.

The city of San Lorenzo has no city transfer tax as the other surrounding cities do. 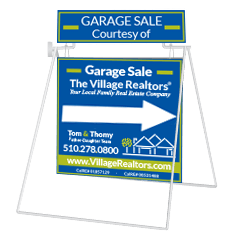 View all of our Coming Soons and Available Homes for Sale!
Call Thomy at 510-278-0800 for a private showing.

Search by Address or MLS ID 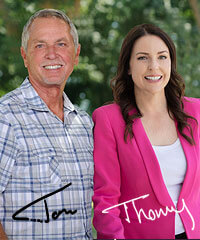 Your Father and Daughter Team!

Owning a home is a keystone of wealth… both financial affluence and emotional security.